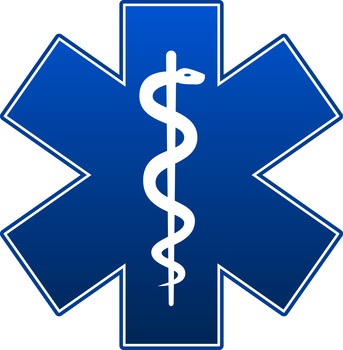 This controversial discovery of Dr. Steven Zaretsky (Zar•et•ski) was finally published after years of research and experience in the year 2000.
Dr. Zaretsky a Clinical Professor at the prestigious Mount Sinai School of Medicine in New York, spent a lot of time looking for the differences in why young people often heal faster and have less chronic pain than older folks.
And what he discovered is something everyone over the age of 50 will want to know.
Dr. Zaretsky’s work documented peer-reviewed-research, double-blind clinical trials, and shared case studies that proved you can’t experience true pain relief until you take the proper steps to replace critical antioxidants that are deficient in most folks over age 25.
Many of today’s most popular pain medications like Aspirin, Ibuprofen, Advil, Aleve, Celebrex and Motrin are designed to fight inflammatory symptoms for short periods of time but rely on leaving the underlying cause untouched.
None of them provides what may actually be the solution to your chronic inflammation and pain... natural antioxidants.
Does This Discovery Shine A Light On The Shut-OFF Switch For Inflammation, Arthritis & Other Diseases?
Dr. Zaretsky discovered that when a body had inflammation, the bodies of younger adults could respond by flooding the area with natural powerful antioxidants.
But for some reason, the older folks he studied showed dramatically reduced levels of antioxidants and therefore felt more pain.
Excited by his amazing discovery, he narrowed it down even further and discovered that after the age of about 27, natural glutathione is no longer recycled by the body due to the toxic load on the liver and other organs.
This meant that the most powerful antioxidant, Glutathione, was no longer being produced in the levels needed to fight the chronic inflammation on an ongoing basis.
This discovery launched a wave of controversy and excitement into the scientific community.
What scientists found via their clinical study was nothing short of amazing...
In 2000, they proved through a peer-reviewed, clinical human trial that you could use a specific NATURAL amino acid to stimulate your bodies natural production of the most powerful antioxidant - Glutathione.
Better yet - they discovered that amazingly, Glutathione could recycle the antioxidants.
They also discovered that...

Glutathione is completely safe - It's made from within the body from natural amino acids compared to non-steroidal anti-inflammatory drugs or NSAIDS (pronounced en-saids), which is the most prescribed medication for treating conditions such as arthritis. Most people are familiar with over the counter non-prescription NSAIDS such as aspirin and ibuprofen, which puts hundreds of thousands of people a year in the hospital and in some cases, can cause death.
These super antioxidants - Fight viruses and improve your immune system in a way no other antioxidant source could ever match!

So if Glutathione is so great, why hasn’t everyone heard about it?
The answer to that question will downright upset you.
But first, I think it’s time to reveal the worst food number 3. I doubt many people will have this food on their radar at all.